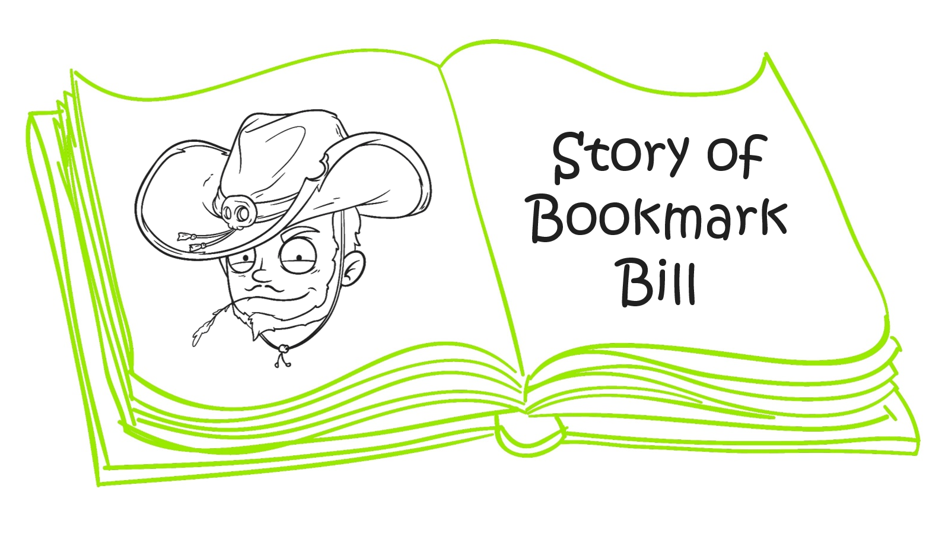 Every month Power BI gets an update that adds a nice handful of new features. Here at P3 Adaptive we ALL get excited for this! We often stand around the water cooler talking about all the new features. When a REALLY exciting feature comes out we get as gleeful as school children! Well starting this month we want to share our excitement with you. We will showcase our favorite features (typically one to two) with you, with the aim to give you a few more ways to use the new features.

Our aim will be to keep these posts bite sized and easily digestible. We’ll also aim to get these posts out at the beginning of the week, shortly after the monthly Power BI update release. With that being said I want to get into this month’s awesome feature…Bookmarks.

The Legacy of Bookmark Bill

I heard a story once, probably in history class, about some time in the past where the people of the world were stuck on the edge of some great intellectual precipice. Apparently, someone in the village had created paper out of piths from a papyrus plant (back when it was common to know all about plant pith) … and that person’s buddy (possibly relative, cousin maybe?) had stumbled upon ink by smashing a bunch of flower petals or some other thing that causes stains… and then that was pretty much it for a while. People colored. Eventually some nerd got bored with that, probably Voltaire, and wrote a white paper that at least three people read. The topic of that white paper? How civilization could use this new ink and paper invention to make books. Books! That’s basically how books happened.

But that only get’s us to the edge of the precipice. That’s where they got stuck. These ancient people now had books with a bunch of knowledge in them, VALUABLE KNOWLEDGE! All they had to do was read them and TAKE ACTION to improve the world. But wouldn’t you know, every time they made progress in their reading, they’d get tired and fall asleep. When they woke up they had no idea where they left off from their last reading sesh.

We now refer to this period in history as the dark ages. But there was someone out there who was a real innovator, a guy named Bill. He got sick of this whole reread thing real fast, and in December of 1614 he invented a mark. He put the mark in a book, and started calling it a bookmark. The idea caught on like wildfire and soon a period of great learning and intellectualism took off – today we call it the Age of Enlightenment. So here’s to Bookmark Bill, the patron saint of going back to where you left off before you napped.

“Cool story Ryan, why did you tell me that?” Well, dear reader, its because Power BI has bookmarks now! It’s a preview feature. So, let’s update some Power BI Desktop settings and use this new shiny toy!

And somewhere out there, Bookmark Bill is smiling. Let’s learn 😀

Open Power BI Desktop and go to where the cool stuff is in any application, up under “File”, “Options and Settings”, “Options”. I’m not sure why they still call it options and settings. It needs to be called, the cool stuff. Rummaging around Options and Settings in an application is always a good idea- it’s like turning the bass all the way up in that Toyota Tercel you had in high school, can’t drive without those sick beats.

Once you’re in Options, click on “Preview features” in the “Global” list, and check that box at the bottom, the one that says “Bookmarks”. Now click OK.

While you’re there, click selection pane as well, it’ll come in handy later.

Disclaimer: Before we get into our demo its worth saying that bookmarks seem like one of those features where one is only limited by their imagination. The demo we show is pretty straight forward, but don’t’ let it cause you to underestimate the power of bookmarks.

Let’s prove that Bookmark Bill really did help usher in the Age of Enlightenment. In order to do this we need some data.  I called up my favorite history/archeology Professor, Henry Walton Jones, to see if he had any data on reading patterns during this tumultuous time in history. Sure enough, he had a nice little sample on that exact subject – reading sessions logged in the 17th century! Now this is a relatively small sample- but it will work nonetheless.

Let’s look at the data within the table. What were people reading in this sample?

Ok – cool, pretty standard stuff. What about the data table?

Wow. They sure knew how to keep their data models concise back in the day.

Right on! Let’s define some measures for context.

ReadingSessions =
COUNTROWS ( StudySessions )
This will give us an idea of how often people were reading.

This will show us if people were making their way through the books prior to Bill’s invention, or if they had to keep starting over- judging by the picture above… I think the case for Bookmark Bill is pretty compelling.

This will show us how many study sessions resulted in a finished book!

First things first: let’s get a line chart with Year on our axis, and our three measures in the values. Simple, and beautiful… and would you look at that? Our AvgStartingPage skyrockets in 1614 – the year Bookmark Bill invented the Bookmark! And look at the books that were finished in 1615 – right when the Age of Enlightenment started. Glad we were able to prove that with data.

Wow – the data doesn’t lie! You can clearly see an increase in the average starting page starting in late 1614… around the time Bookmark Bill invented the Bookmark! The [finishedbooks] starts showing growth around the same time too. Fascinating!

But this will never be enough for everyone. You still have the “show me the numbers” people. They don’t want graphs, they want tables / matrixes. So let’s add a matrix in there for them. We’ll place Datekey[Year] on Rows, Books[Title] on Columns, and then our three measures in values. The crazy part? We’re going to put this visual directly on top of our line graph (In the screen shot they are not directly over each other to more easily see what we’re doing).

Next we need to add in a couple of pictures that we’re going to use as our bookmark buttons:

With our images added, I’ve clicked “Add” in the bookmarks pane, and created one bookmark called Binary, and one called Chartychart.

Select one of the image, and then on the right side of the screen, there is a menu option for “Link”. We’re going to turn that on, change the type to “Bookmark” and select which bookmark it corresponds to. Point the Binary image to the Binary bookmark, and do the same for Chartychart.

There it is. Now you can CTRL+Click (in PBI desktop) or regular click the two images and switch back and forth between the visible visuals!

Its pretty wild to think that all those years ago Bookmark Bill changed the world with his simple idea. And then Microsoft, paying homage to Bookmark Bill, has added a digital version of that feature to their incredible software. Thank you Bookmark Bill – wherever you are.

Have you done anything cool with Bookmarks? We’d love to hear about what you did in the comments below.